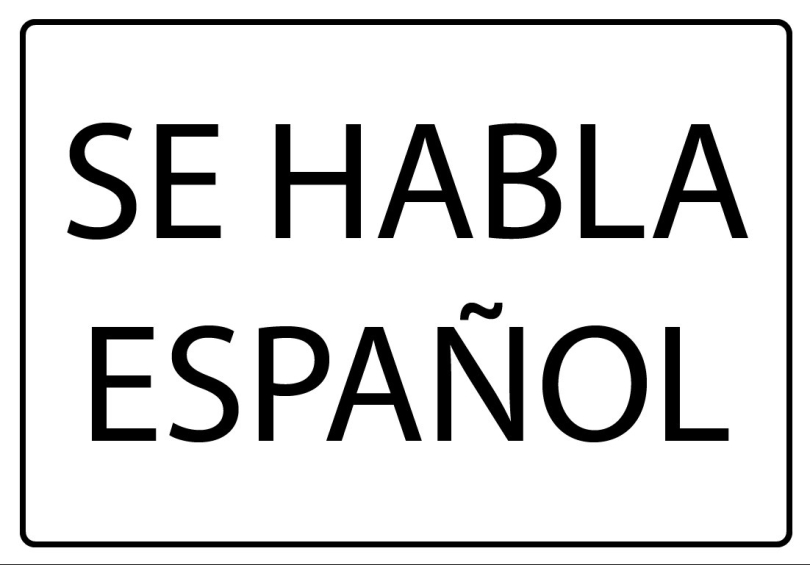 Have you ever seen a sign in a storefront that says “se habla español”? It obviously means that the people in that store can speak Spanish, but what’s the exact translation? It’s kind of complicated, because that construction doesn’t exist in English. Here’s how it works:

Both in English and Spanish, we have active and passive constructions. Here’s an active one:

The meaning is the same, but the syntactic functions have changed: the cell phone is now a patient subject (the action is done upon it) and María’s syntactic role is something called the agent (she’s still the doer of the action even though she’s no longer the subject of the sentence).

In passive constructions, we can drop the agent, and the sentence still makes sense (we still add the implicature “por alguien” / “by somebody”):

Let’s now try this with a different example:

In Spanish, however, we would phrase the third sentence in a different way, using an impersonal/passive “se”:

So how would you write a sign in Spanish that says “we repair cell phones” or “cell phones repaired here”? Well, you could always translate the first version literally, “reparamos celulares”, but it would be even more common to phrase it in the impersonal/passive-se way: “se reparan celulares”.

So, anytime that you see one of these “se” expressions, you can just think of it in a passive way, as in “the action of the verb is done at this place by the people that are here”: